Three UK military veterans ended their visit to Bahrain with a trip to the Bahrain International Airshow (BIAS 2018). Chelsea Pensioners John Griffiths, aged 73, Peter Henry, aged 71, and 68-year-old Hugh Craig were guests of the Bahrain British Business Forum (BBBF) to mark Armistice Day. They have attended British Embassy functions and visited schools and other places of interest. At Nadeen School, Manama, they enjoyed a traditional English morning tea with scones, jam, and cupcakes decorated like poppies followed by a special Remembrance Day assembly which featured speeches and poetry recitals. The war veterans also visited the Brownie Girls at Dilmun Club and the British School of Bahrain. The highlight of their visit was laying a wreath at a memorial service to mark Remembrance Day, besides attending the Poppy Ball organised in support of the Chelsea Pensioners Appeal and the Children and Mothers Welfare Society Bahrain. Above, the children at Nadeen School having tea with the Chelsea Pensioners.

Below, right, Mr Henry, centre, with the Typhoon Display team during the Bahrain International Airshow. 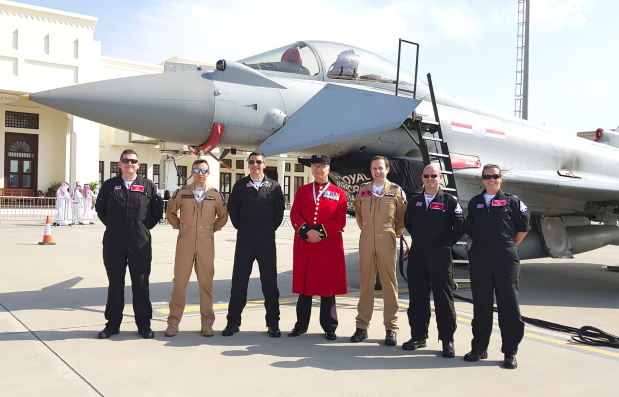 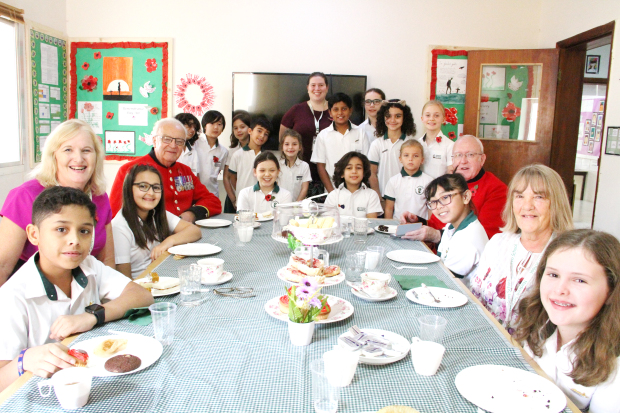 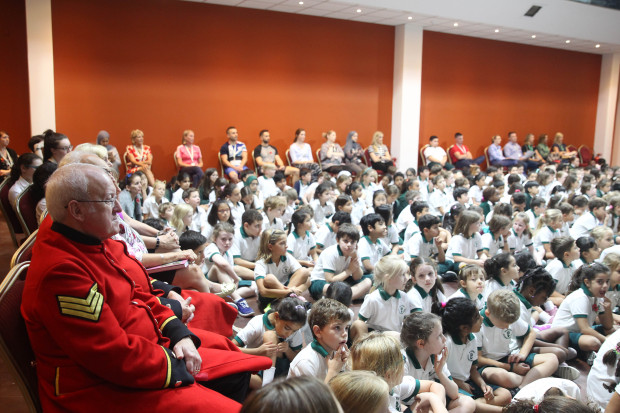 The Chelsea Pensioners during their visit to Nadeen School. 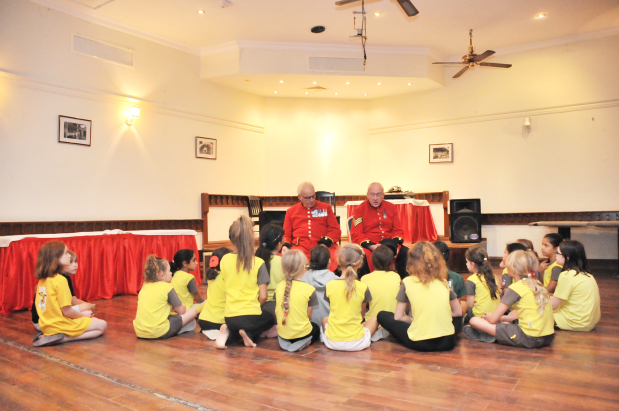 The Chelsea Pensioners speaking to the Brownie Girls. 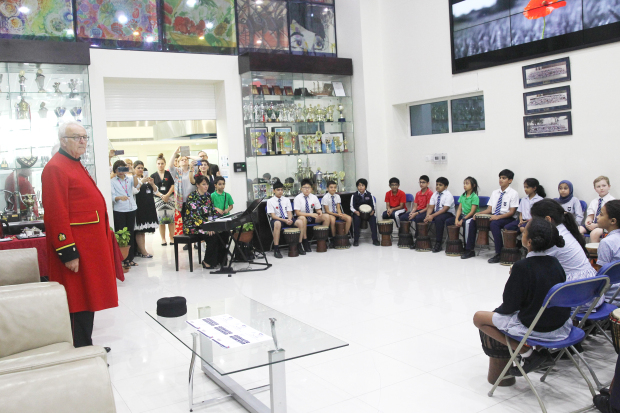 The war veterans at the British School of Bahrain.