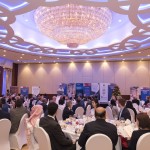 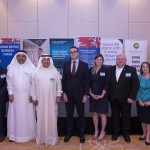 At the event, BBBF Chairman Khalid Al Zayani OBE gave his end of year address to the forum members, highlighting the many successful events and activities organised during the year. He also emphasised the BBBF’s role in promoting business opportunities and providing an important networking platform for the forum’s members and their guests from both Bahrain and the UK.

“At the heart of the BBBF’s mission is to enhance the economic interests of both the UK and Bahrain in a favourable business environment. We enjoy an outstanding working relationship with the British Embassy and the Trade & Investment teams to achieve these objectives. I would like to express our sincere appreciation and thank you to HE Roddy Drummond and the entire British Embassy team,” said Mr Al Zayani OBE.

Mr Al Zayani OBE shared some of the forum’s plans for the beginning of the new year, saying the BBBF will continue to bring to the forefront the agenda of topics related to doing business in Bahrain. 2020 will be a special year for the BBBF as the forum will be celebrating its 25th anniversary with numerous events planned throughout the year to commemorate this milestone. The new year will begin with a strong line up of guest speakers, with HMA Roddy Drummond scheduled for the first networking lunch on January 21, 2020; followed by HE Engineer Kamal bin Ahmed Mohamed, the Minister of Transportation & Telecommunications on February 18, 2020.